Winner of the: Advocacy Award 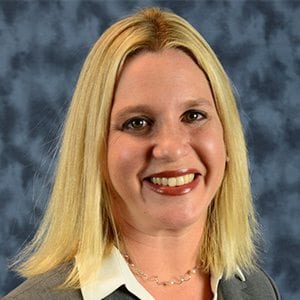 Ashley grew up in Phoenix and attended Arizona State University where she completed her Bachelor’s and Master’s degrees in Social Work with an emphasis in advanced clinical/direct practice. Prior to graduation, she completed an internship at Advocates for the Disabled, a small grassroots non profit specializing in ascertaining Social Security Disability benefits for the homeless disabled population. She also completed an internship at Banner Desert Medical Center on the neurological-orthopedic unit.

Ashley is currently a rehabilitation program coordinator and social worker at Barrow Outpatient Neuro- Rehabilitation Center and Barrow Concussion and Brain Injury Center at St. Joseph’s Hospital and Medical Center. In 2010, Ashley first proposed the creation of this ground-breaking effort in order to address traumatic brain injury (TBI) in domestic violence victims. Two years later, her vision was realized with the collaboration of UMOM New Day Centers and the Barrow Concussion and Brain Injury Center.

Dr. Javier Cardenas is Director of the Barrow Concussion and Brain Injury Center and helped Ashley make the domestic violence program a reality. Says Cardenas: “This is the only program of its kind in the United States. It is life-changing and would never have happened without the efforts of Ashley and her passion for helping women.”

Under the leadership of Ashley and Dr. Cardenas, Barrow Neurological Institute now works closely with the leaders of several homeless shelters to provide screening tools that help them identify possible victims of domestic violence who may be suffering from a brain injury. Once identified, the victim is brought to Barrow and undergoes a full spectrum of medical care at Barrow which includes diagnostic services, physical therapy, neuropsychology, social work, speech therapy, surgery (if necessary) and injury prevention education.

The Barrow Domestic Violence and Brain Injury Program that Ashley has crafted, addresses not only the medical issues of abused women, but also the social and cognitive issues related to brain injury. To date the program has served more than 300 victims of domestic violence in the Valley, a majority of which are minorities. The program is offered free to patients and is run solely on community donations and grants; another area where Ashley has led the charge.

Today, Ashley has expanded the original Barrow Domestic Violence and Brain Injury program to include another element — a collaboration with six domestic violence shelters to offer what she calls “BRAINS” classes. Volunteers are assigned to teach BRAINS classes weekly at the shelters. The domestic abuse victims, who have been experiencing symptoms of brain injury, are taught skills such as time-management, job interview preparation and problem solving.

In addition to her work at St. Joseph’s Hospital, she has taught as an adjunct with ASU’s School of Social Work and is now affiliated as an adjunct at the ASU Center for Applied Behavioral Health Policy. In this role, Ashley serves as the traumatic brain injury in vulnerable populations specialist.

In the community, Ashley has educated many local homeless/domestic violence providers on the correlation and impact of brain injury and homelessness. In June of 2013, Ashley was invited to present at the National Coalition for Homeless Veterans conference held in Washington DC. Ashley spoke on the prevalence and significance of brain injury in the homeless veteran community.

Through her work with ASU’s Center for Applied Behavioral Health Policy, Ashley has trained the correctional health staff at Maricopa County Sherriff’s Office on traumatic brain injury. In addition, Ashley was given an appreciation award by the Chief of Police in the city of Phoenix for educating police officers in their Crisis Intervention Training Program on traumatic brain injury and other physical and cognitive disabilities.

Ashley is the past former chairwoman of the city of Phoenix Mayor’s Commission on Disability Issues; she currently serves on the board of directors for Ability 360, the Crisis Response Network and as a member on the City of Phoenix Police Department Cross Disability Advisory Board.