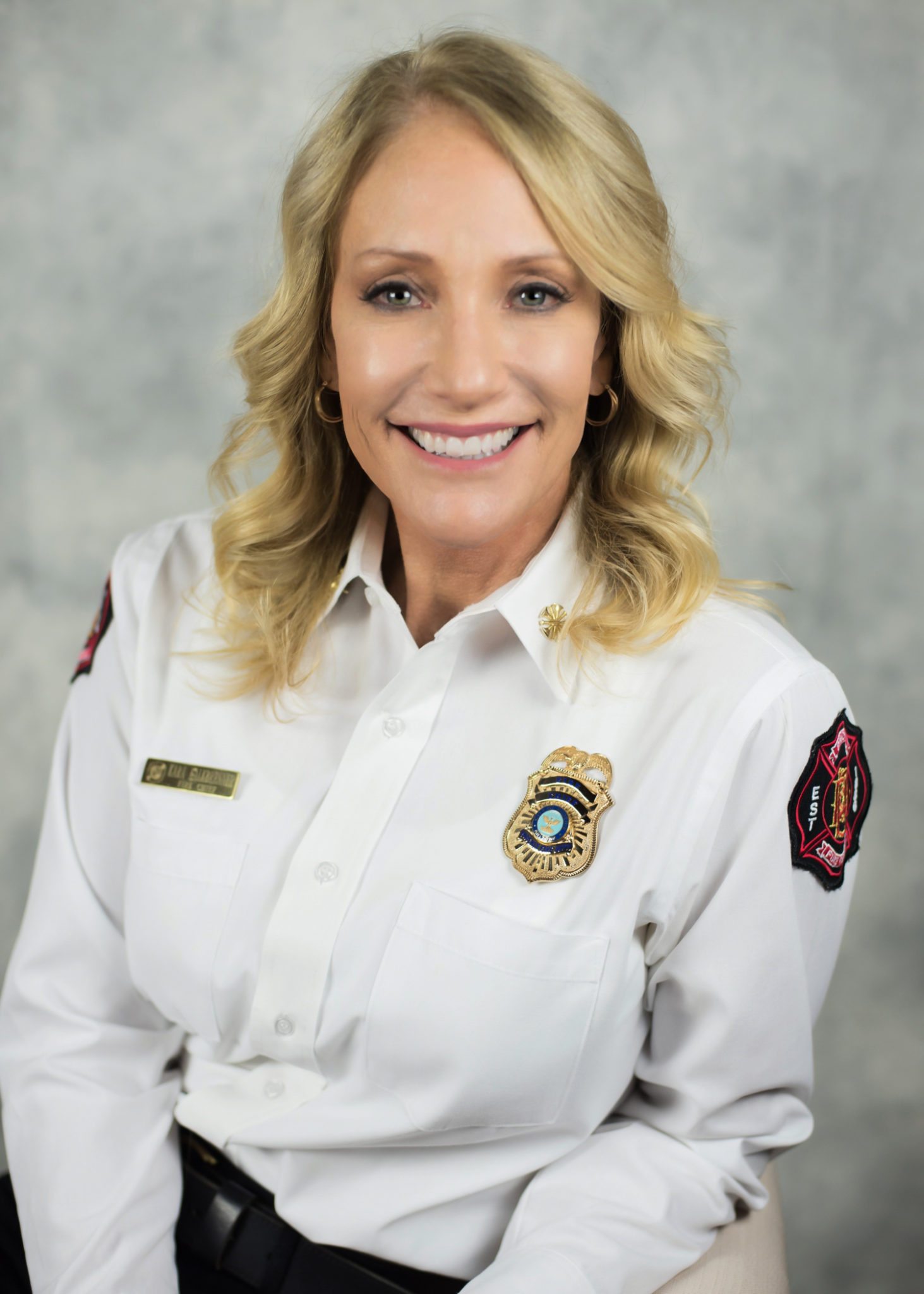 Phoenix Fire Chief Kalkbrenner is one of a small group of female Fire Chiefs who lead major municipalities. The Phoenix Fire Department is a community based organization with 57 fire stations throughout the City’s 520 square miles, serving 1.5 Million residents. It is considered one of the premier emergency response organizations in North America.  The Fire Chief’s priority is to provide the highest level of fire and life safety protection, prevention, and education to the residents of Phoenix.

Kara Kalkbrenner is a native Phoenician who feels very fortunate to have the privilege to protect and serve this community. She grew up in Maryvale where she was exposed to a diverse society which taught her to appreciate the different viewpoints and opinions of others. These lessons helped her develop the skills to be a true servant leader.  Kara’s parents were strong role models. Kara’s Mother and maternal Grandmother were both registered nurses who taught her the value of serving others.

As a young woman, Kara excelled at competitive sports and academics. It was purely by chance that a friend’s parents suggested she look in to firefighting. Their daughter had recently joined the Phoenix Fire Department and they thought it might appeal to Kara. The department was recruiting women to build diversity. They knew that Kara possessed the traits that the Phoenix Fire Department sought in employees which are physical strength, moral character, and an outstanding work ethic. After looking in to the department and learning about the job, Kara quickly determined she had found her calling.  She became a Phoenix Fire Department cadet and volunteered thousands of hours before she was fortunate to be hired as a young firefighter in 1985.

With nearly 32 years of Public Safety service, 17 years as a Chief Officer, Kara considers herself a community stakeholder who plays an integral role in shaping public safety response for the valley.  Her ascension through the ranks included holding the ranks of Firefighter, Fire Engineer, Fire Captain, Division Chief, Assistant Chief, and Executive Assistant Chief.  Kara has served in each operational capacity within the Department’s six divisions including Operations (Fire and Emergency Medical Services response), Fire Prevention, Human Resources, Physical Resource Management, Information Technology, and Training.  She possesses a Bachelor of Arts Degree in Fire Service Management from Ottawa University and an Associates in Applied Sciences Degree in Fire Service from Phoenix Community College.

A few of Chief Kalkbrenner’s responsibilities include;