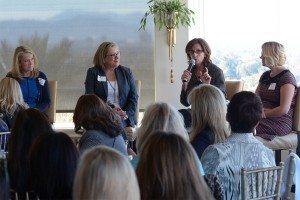 Join us for the second of our three Women’s Empowerment Series! This year marks10 years of engaging and thought provoking presentations that work to educate and empower women. The Women’s Empowerment Series always offers an eclectic blend of topics and presenters ranging from American feminist Gloria Steinem, former Lt. Governor of Maryland and daughter of Robert Kennedy, Kathleen Kennedy Townsend, and local novelist Stella Pope Duarte.

For our next series the YWCA Metropolitan Phoenix is hosting a luncheon that highlights prominent women in our local media. Our panelist include President and Publisher  of Republic Media Mi-Ai Parrish, Editor in Chief of the Phoenix Business Journal IIana Lowery, and Vice President and General Manager of ABC 15, Anita Helt. We also have the pleasure of having the event moderated by one of our proud supporters,12 news anchor, Tram Mai!

This event is an opportunity to learn about the media industry but more importantly gain insight and inspiration from successful and established women about overcoming obstacles and reaching your full potential in your career!

The “Women in Media” event will be held November 29, 2016 at 11am at The Camby Hotel in Phoenix. Interested in attending? Register here

“We have to lay the foundations for not one year or two years but for fifty years. Our great movement is going to last for centuries…We have to look at what thousands of girls will need in the future.”