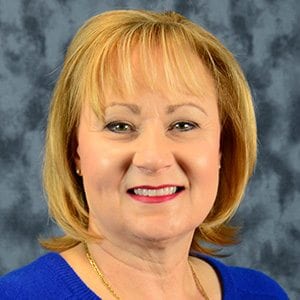 Jan Blaser-Upchurch was raised on a cattle ranch near the small town of Valentine, Nebraska. She was raised in a loving environment within a large family, learning early on of the importance of hard work, being responsible and helping those less fortunate. After high school and college, Jan wanted to learn more about life so took a big step and moved from the security of home and family and headed for a new adventure by moving to Arizona. Soon after she met John Blaser, a well-respected Arizona Department of Public Safety officer and lived in various towns around the state, after a few years, the two were married. Three years into their marriage, life changed forever. On August 31, 1990, John was investigating a traffic crash along with another officer and while they were working the scene; both men were struck and killed by a drunk driver. Jan’s life was forever changed and the loss of John was devastating, her life was shattered.

In an effort to help create a legacy for John and aid in her grieving process, Jan became involved in Mothers Against Drunk Driving (MADD), where she began speaking about her experience. Jan testified before the Arizona State Legislature on issues surrounding drunk driving and victim’s rights. From 1991- 2005 Jan volunteered with Mothers Against Drunk Driving, holding leadership roles in the organization on local, state and national levels. Jan served on MADD’s National Board from 1996-2003 where she held roles as the National Secretary (1999-2000) and National Vice President of Victim Issues (2000-2003). During her tenure, she was invited to the White House to participate in numerous Victim Rights events with President Bill Clinton.

Since 2000, Jan has served on the Concerns of Police Survivors (COPS) Support Services Team assisting law enforcement survivors during the annual National Police Week events in Washington DC. From May 2006 – May 2008, Jan served on the National Board of Concerns of Police Survivors (COPS) Board, as the Mountain Region trustee, providing assistance to C.O.P.S. Chapters, law enforcement agencies and survivors in Arizona, New Mexico, Texas and Utah.

Currently, Jan serves on the state executive board as President of the Arizona Chapter of Concerns of Police Survivors assisting and working with families of fallen officers in Arizona. “Though John’s loss was tragic; the long journey to where I am now is greatly attributed to C.O.P.S. and the survivors who helped me in those early years of grief. I’m particularly passionate about C.O.P.S. because their services are life-long. All survivors never forget the loss of an officer.” Jan spends countless hours helping families rebuild their shattered lives, like she did. Many survivors are women now left to care for children by themselves and/or just trying to survive their new reality. She provides each survivor with comfort and resources needed after a line of duty death.

No matter the family dynamics or where they are located, Jan reaches out to everyone ensuring
they know she and the organization will be there for years after everyone has left to support all members of the family. Jan provides accompaniment to trials, court hearings and parole hearings to assist the survivors understand a very confusing criminal justice system.

Jan has been a victim advocate for over twenty three years and is a certified trainer for the Concerns of Police Survivors, MADD and the Arizona Victim Advocate Academy. In addition, Jan is a sought after speaker and has spoken both nationally and internationally regarding highway safety, drunk driving issues, grief and crime victim rights issues.

Jan holds or has held positions with the following organizations: The Arizona Peace Officers Memorial Board, The Arizona VOCA Advisory Board, The Crime Prevention League, The Commission on Addiction Treatment and Prevention, The Underage Drinking Task Force, The DPS Critical Incident Review Board, The Southern Arizona DUI Task Force, Arizona Voices for Victims and the Governor’s Traffic Safety Advisory Council.

Over the years Jan has been recognized for her outstanding efforts in assisting crime victims, prevention education and legislative efforts on both a statewide and national platform. In both 2012 and 1998, Jan was awarded the Arizona Attorney General’s Distinguished Service Award, for her outstanding contribution in public policy reforms for crime victims. In 1995, she was the first woman to be presented the Exemplary Community Service Award by the Arizona Trial Lawyers Association, for leadership and efforts with state legislative bills for victims of crime. In both, 1998 and 1999, Jan won the Allstate Safety Leadership Award for outstanding leadership and volunteerism. In 2001, Jan was named a “Difference Maker” by the National MADD organization for contributions in DUI education and crime victim rights. In 2002, Jan received a Special Recognition Award from the Southern Arizona DUI Task Force for her many years of leadership and service on DUI and Crime Victim issues. In 2003, Jan was presented with the US Dept of Justice/FBI Award for outstanding Community Service.

Since 2009, Jan has held the position of Administrator for the Arizona Department of Corrections’ Office of Victim Services, serving the crime victims of incarcerated inmates.

Jan has been married to an amazingly supportive husband, David Upchurch, for 22 years.