Arizona Women: Learn How Salary Negotiation Can Boost Your Paycheck 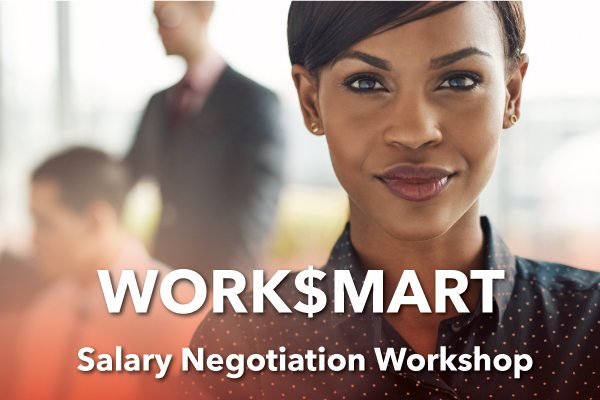 Last year women in Arizona made, on average, 82 percent of what men in the state made—slightly more than the national average of 80 percent.  But women of Phoenix exceeded the state numbers, making 83 percent compared to men. And yet, it’s important to remember the pay gap widens for women of color. In Phoenix, while white women (78 percent) and Asian women (86 percent) experienced a pay gap comparable to the national averages for those groups, black women (59 percent) and Latina/Hispanic women (52 percent) were paid less when compared to the national numbers for those groups.

These numbers may be the current reality for women in Arizona, but we won’t let them be their future. That’s why the American Association of University Women (AAUW) has partnered with YWCA Metropolitan Phoenix to offer free Work Smart salary negotiation workshops to women in the Phoenix Metro area, the next workshop taking place on November 1. We know you can’t negotiate your way around discrimination, but learning how to effectively negotiate for higher salary and benefits is a great tool in a woman’s arsenal when navigating her career and financial security. Thanks to AAUW Work Smart, women can take the first step at chipping away at their personal pay gap.

This training is critical for women as AAUW continues to fight for substantial policy change when it comes to equal pay. AAUW members in Arizona have actively lobbied in support of solutions that would help to close the gender pay gap. While recent state legislative efforts have failed to pass, several local initiatives have been successful.

Women will continue advocating not only for change at the local, state, and federal levels but for themselves and their families as well. After all, the pay gap not only harms women, it negatively impacts families and our economy. Forty-two percent of mothers in the U.S. are sole breadwinners, and single-parent households are still overwhelmingly headed by women. But these women often find it impossible to ensure their financial, including retirement funding, because they lack the money. According to the Institute for Women’s Policy Research (IWPR), the United States economy would have produced $512.6 billion more in income if women received equal pay—a  2.8 percent increase in the 2016 gross domestic product (GDP). That makes the lack of equal pay not only a gap in pay, but a gap in logic as well.

Women and families can’t afford to wait 100 years or one more minute for equal pay. There’s no silver bullet to closing the pay gap, but salary negotiation can serve as another weapon in women’s fight for fair pay. Stop leaving money on the table and find a salary negotiation workshop near you!

Kimberly Churches is the chief executive officer of the American Association of University Women (AAUW).

Register below for our next Work$mart Salary Negotiation Workshop