As we prepare to celebrate TWO critical voting rights anniversaries this month – the passage of the Voting Rights Act on August 6, 1965 and the passage of the 19th amendment on August 18, 1920 – let’s honor the legacy of those before us who made it possible for everyone to vote by casting ballots in this year’s elections.

This act was signed into law on August 6, 1965, by President Lyndon Johnson. It outlawed the discriminatory voting practices adopted in many southern states after the Civil War, including literacy tests and poll taxes, as a prerequisite to voting.

In 1964, numerous demonstrations were held, and the considerable violence that erupted brought renewed attention to the issue of voting rights. The murder of voting-rights activists in Mississippi and the attack by state troopers on peaceful marchers in Selma, AL, gained national attention and persuaded President Johnson and Congress to initiate meaningful and effective national voting rights legislation.

The law had an immediate impact. By the end of 1965, a quarter of a million new Black voters had been registered. By the end of 1966, only 4 out of the 13 southern states had fewer than 50 percent of African Americans registered to vote. While the impact was immediate, there is still more work to do to ensure every person eligible to vote can do so.

The 19th amendment guarantees some women the right to vote. Achieving this milestone required a lengthy and difficult struggle; victory took decades of agitation and protest.

Between 1878, when the amendment was first introduced in Congress, and August 18, 1920, when it was ratified, champions of voting rights for women worked tirelessly. Several generations of woman suffrage supporters lectured, wrote, marched, lobbied, and practiced civil disobedience to achieve what many Americans considered a radical change of the Constitution.

On May 21, 1919, the House of Representatives passed the amendment, and 2 weeks later, the Senate followed. When Tennessee became the 36th state to ratify the amendment on August 18, 1920, the amendment passed its final hurdle of obtaining the agreement of three-fourths of the states. Secretary of State Bainbridge Colby certified the ratification on August 26, 1920, changing the face of the American electorate forever.

Arizona held its primary election this week with a record breaking turnout. It is incumbent upon all of us who are able, to honor our forebearers who fought for this right, not only because it’s our civic duty, but because exercising our right to vote is direct action we can take to dismantle this systemic systems of racism and oppression, to vote in this year’s elections. Let’s make November another record-breaking turnout too!

Still need to register to vote? Do so here.

The next book in our Social Justice Book Club is Becoming Ms. Burton: From Prison to Recovery to Leading the Fight for Incarcerated Women. This book is a memoir about Susan Burton, a leading figure in the national justice reform movement. She recounts her journey to and through the criminal justice system and her transformation into a life of advocacy.

*As a content warning, this book contains instances of sexual assault.*

The book is available at many local libraries across the valley.

Indie Bound will also provide you with the local bookstore closest to your home that has the book available for pick-up.

Our first meeting will be August 20th and we will discuss the prologue, the foreword, and chapters 1-9. It sounds like a lot, but the chapters are small and as always, the discussion will be accessible to all, even if the reading is not completed. The meeting will be held from 5:00 p.m. to 6:00 p.m.

Sign up here to receive the Zoom link. You can see the meeting schedule in the image.

In recognition of Black Women’s Equal Pay Day, join us for a participatory exercise which explores the experiences, attitudes, and circumstances of oppression. We will create a safe space where each individual will have the opportunity to address barriers to equity and justice in their own life.

During this exercise we build the muscle of being a better ally; to speak up, to stand up, to advocate when witnessing injustice. Join us as Outcast Theatre Collective leads us through a Theatre of the Oppressed.

There’s still time to register for our 21 Day Racial Equity & Social Justice Challenge! Developed in response to current calls to dismantle systemic and institutional racism, this challenge is a 21 day self-directed (but in community) journey to explore racial and social equity; to become more mindful, create dedicated space for learning, and to partner with us in eliminating racism and empowering women. This month’s challenge is centered on how racial inequities impact voting, education, criminal justice, and public health.

In joining this challenge, you will be creating dedicated space and time to build more effective habits. Challenges such as reading an article, listening to a podcast, watching a video, and more will be the catalyst for your own journey to build more effective social justice habits, be an ally to those facing oppression, and to identify ways in your own community to dismantle racism and other forms of discrimination.

We’d love for you to join us! Register today at www.ywcaaz.org/rsvp, to get access to challenge materials and an invitation to join the challenge Facebook group.

As of yesterday, Arizona had a 59.7% response rate compared to the 62.9% national response rate. Unfortunately, the communities that seem to have the lowest response rates are in communities of color, migrant communities, renters, and families with young children. Historically, these undercounted groups are not likely to fill out the census form on their own, and only do so when a Census worker knocks on their door.

There’s still lots of work to do, the Census bureau now has less than two months left to try to reach this undercounted population. We can all do our part to make sure we have an accurate count.

We invite you to start a “Census Challenge” and challenge your friends. Tell everyone—your friends and family, neighbors, and co-workers—that you will complete the census, and that they should respond now, too! Be sure to share your challenge on your social media to raise awareness and urgency of completing the Census questionnaire.

The political future of many underserved communities is at stake, so are the much-needed federal resources that will directly impact Arizona

Let’s all do our part – “our” part is not just your Census response, it includes your community’s response, too.  Who do you know in these hard to count communities that just needs an encouraging word from you to complete the census and to VOTE!

Our community has been taking tremendous care of our seniors during this time and we greatly appreciate it! To ensure that we can get around safely, we recently received the donation of two vehicles courtesy of Area Agency on Aging.

Through their commitment to seniors’ health and nutrition, we were are so grateful to have been chosen by Diana Gregory Outreach Services and BHHS Legacy, to receive fresh fruits and veggies. Thank you for coming to the Senior Center to pack and deliver produce bags to our seniors. 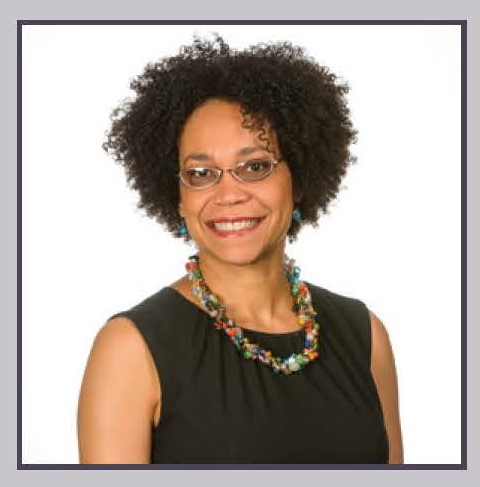 This month we’re excited to highlight our volunteer Kenja Hassan. Kenja is the Director of Cultural Relations, Office of Government and Community Engagement at ASU and a member of our Advocacy Committee. As part of our Advocacy Committee, she provides leadership and counsel in developing policies and facilitating action to bring about social change. Kenja is a true social justice warrior, sharing our mission and connecting people to our work all across the county. We greatly appreciate the passion and commitment that she brings to her volunteerism. Thank you Kenja! 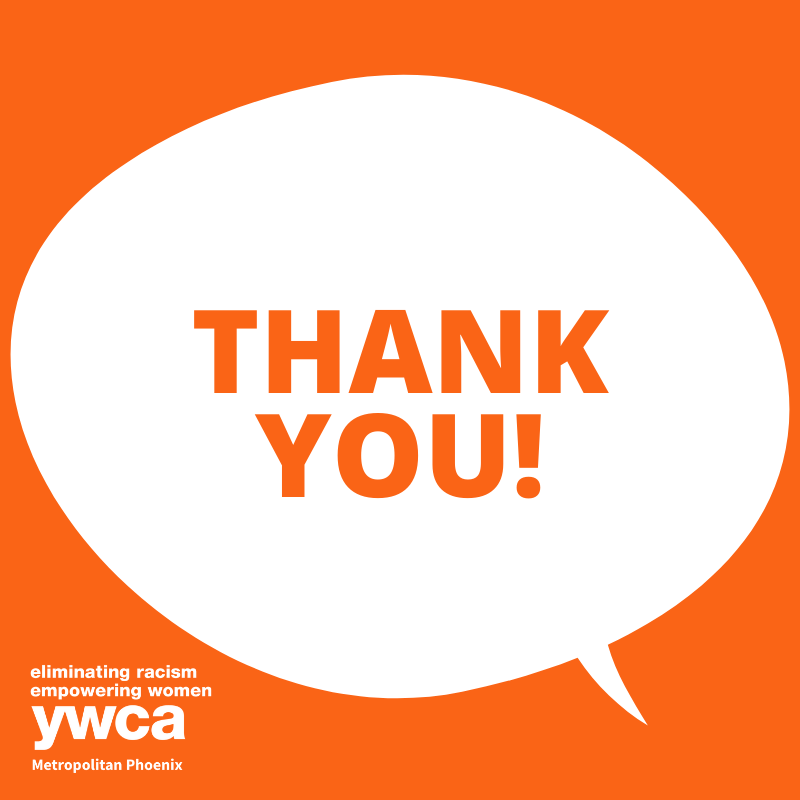 We offer a special thank you and shout-out to these companies who became first time donors in July! We greatly appreciate their commitment to racial and social justice and look forward to working together to make our communities more just and equitable for everyone.
Comerica
Consumer Cellular
Desert Financial Credit Union
Barre3 Scottsdale
Good Vibe Media
Vikara Events 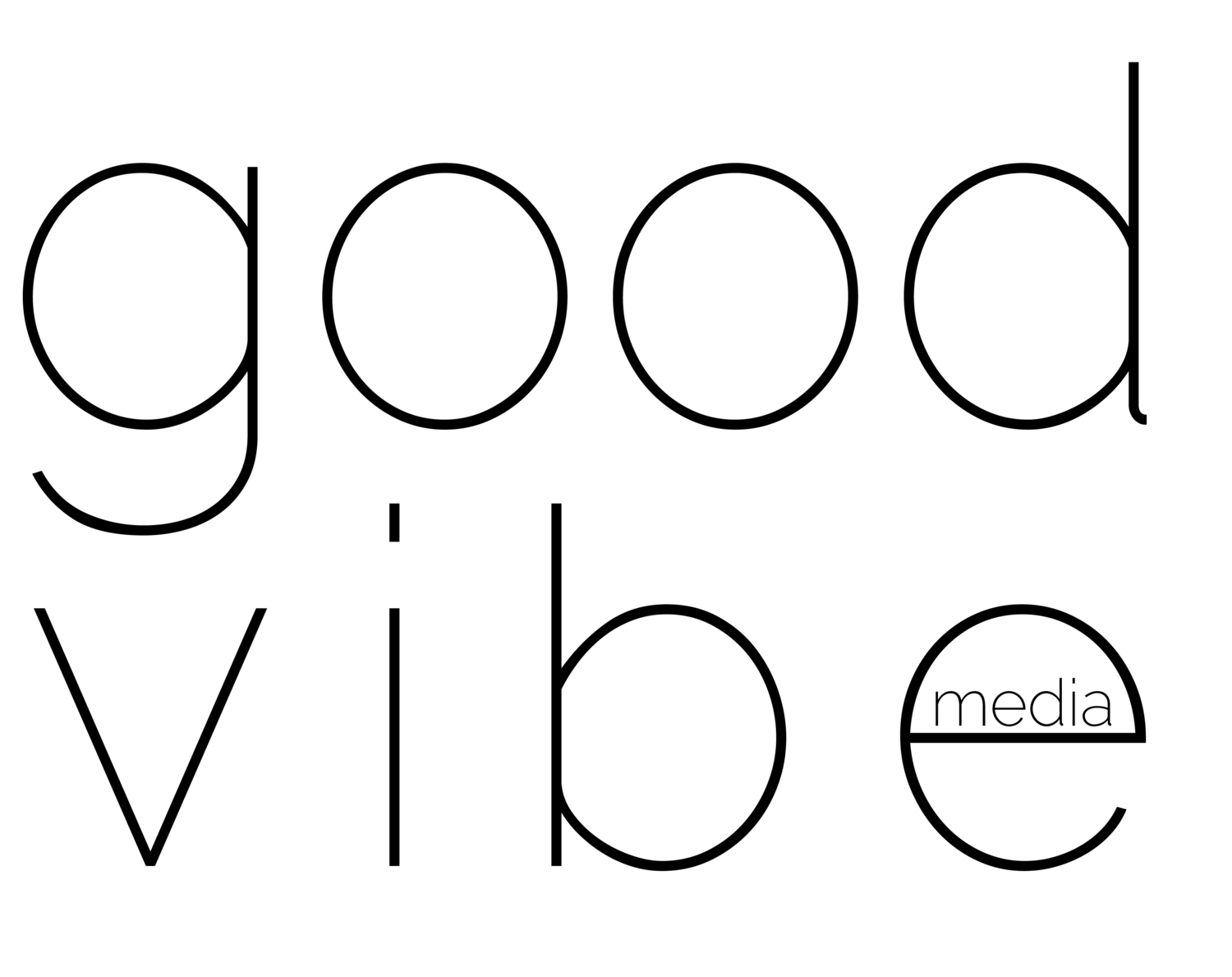 We are happy to debut our brand new mission video, and other a heartfelt Thank You! to The Good Vibe Media for their partnership in producing this piece. We were honored to be chosen as the first recipient of the Good Vibe Give Back Program, where each month an individual/organization that is doing amazing things within their community is chosen and Good Vibe Media offers their production services to share their story. Good Vibe Media believes that telling stories that inject positivity, motivation and inspiration for people will make this world a better place. Thank you for helping us to tell our story!
Check out our video, we hope you love it as much as well we do!

We very proud to welcome Tina Brown, Dr. Maria Harper-Marinick, Giselle Leyva, Joyce Medina Harper, and Dr. Tara Nkurmah to our board of directors. Thank you for devoting your time and leadership to dismantling systemic racism and oppression. We are excited to have you on board!

Fry’s Community Rewards makes supporting YWCA Metropolitan Phoenix easy…all you have to do is shop at Fry’s Food Stores and swipe your V.I.P. Card!

Amazon will donate 0.5% of the price of your eligible AmazonSmile purchases to YWCA Metropolitan Phoenix whenever you shop on AmazonSmile…and now you can also support YWCA on the Amazon mobile app.

Sign up Today! Click on the Account & Lists dropdown and select Your AmazonSmile under Your Account column. To link your mobile app, open the Amazon Shopping app on your device, go to the Settings, then tap AmazonSmile and follow the on-screen instructions to complete the process.

Do We Land in Your Junk Mail?

We have been informed that some of our emails sent via our email campaign platform may be going into your spam/junk folders. If that is happening to you, please click this link to see instructions on preventing this based on your email provider.

Are You on Social Media? If so, Let’s Be Friends!

We are looking to grow our following and would love your help in just 2 simple steps!