Reflection on AAPI March and Vigil 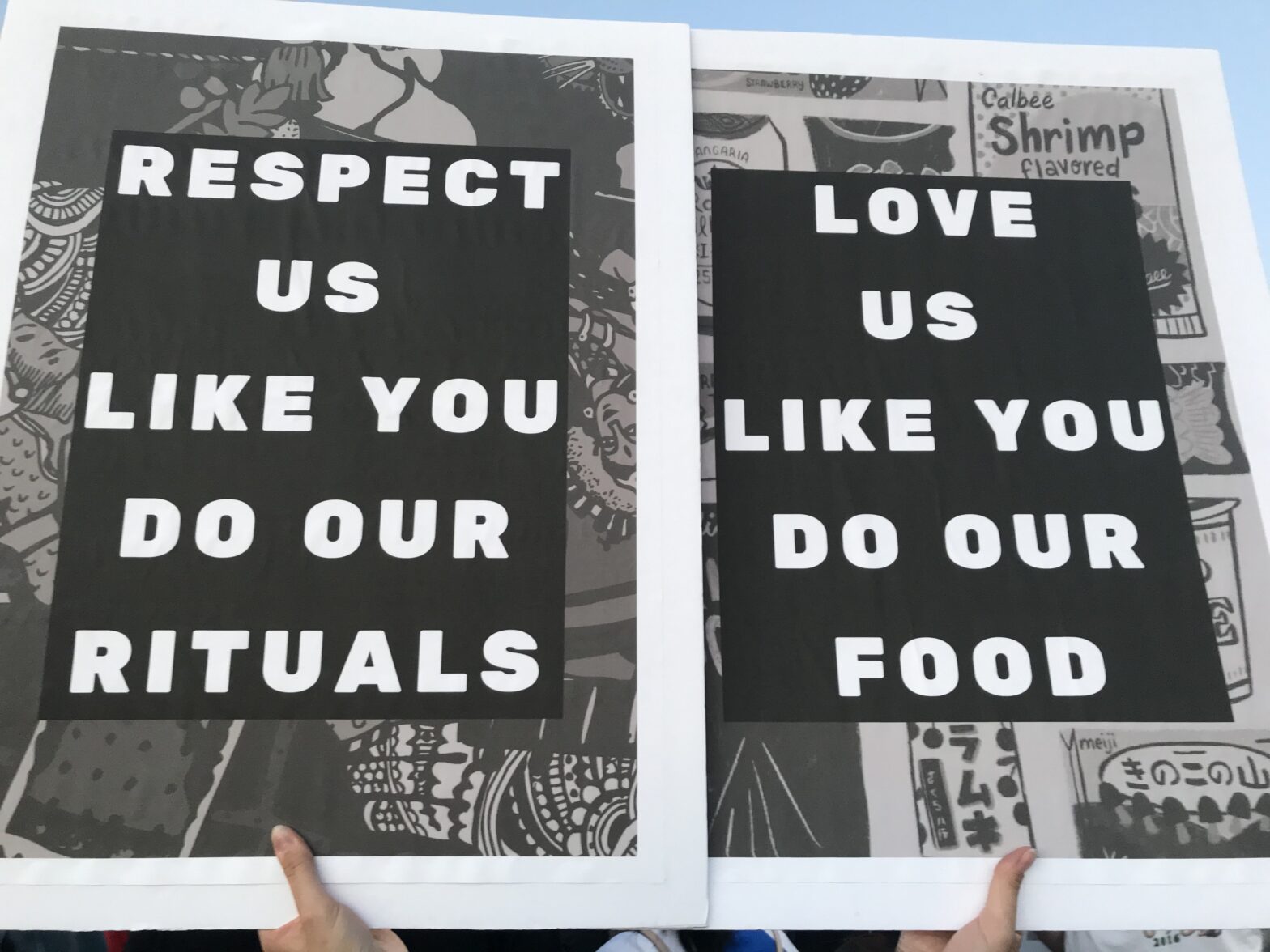 After learning about the event from my YWCA Metropolitan Phoenix colleagues, on Saturday, March 27th, I walked among hundreds of Arizonans who attended the Anti-Asian Violence March and Vigil in Mesa.

As the crowd moved along the route, support came from honking horns of the cars along Dobson Road. An event organizer led the crowd’s chant, “Racism is a virus. You will not divide us.”  Messages on posters expressed love and solidarity, called for humanity and demanded – Stop Asian Hate, End White Supremacy. On the stage, the microphone passed from speaker to speaker – individuals who shared their stories, their pride, their hope. Leaders from Arizona’s Black, Latinx, and Indigenous communities came to express their solidarity and remind the crowd it will take us all to defeat racism in America.

There I stood – a white woman who has the privilege to learn about racism rather than experience it.  While listening to this beautiful and moving assembly of speakers, I couldn’t help but begin to inventory all the ways anti-Asian messaging have shown up in my life.

I’ve seen it over and over again through traditional stereotypes portrayed in movies and TV.

I’ve heard it when I facilitated anti-bias education workshops and Asian students shared stories of other kids turning up their noses at their lunches, saying “Ew, that stinks!”

I’ve seen the news reports since the early days of the pandemic and following our former President’s ignorant remarks.

I’ve heard it when someone mocks an accent or attempts to imitate speaking Mandarin or Cantonese or Korean or Tagalog or Japanese or Hindi or Urdu….* I could go on.

As a kid, it was by repeating jokes I had heard from others.

In college, it was references to “curve busters” and “good at math” stereotypes.

In my adulthood it has looked like white fragility defenses of “they didn’t mean it that way” when my Asian-American friend told a story about a colleague’s off-handed remark about technology. And therefore, invalidating her truth. Or when I asked my Chinese-American friend about her dad’s name – No, his REAL name – ignorantly committing the mircroaggression. Or staying silent when the woman next to me in the pedicure chair is impatient and disrespectful because she can’t understand her technician’s accent.

Over time, I learned the jokes weren’t funny, they were hurtful.  I learned about the long and devastating impact of stereotypes, tropes, and microaggressions. I try to practice mindfulness and bear witness when friends share their stories about racism. I believe their truth.  I have learned tactics for how to interrupt racist comments and behaviors in myself and in others. And even after this learning, I still mess up.  I miss opportunities to demonstrate support and find myself out of alignment with the ally I HOPE TO BE. So, I keep learning and trying to do better. This life-long learning and effort contributes to combating racism at the individual/interpersonal level.

However, it is the work of pushing against systemic racism that will bring the long needed tipping point for racial justice.

This is the work that YWCA is bringing to the forefront.  Recognizing the disparities in access for opportunity, uncovering the contradictions within housing rights, and naming the compounding impact of the intersections of race, class and gender, YWCA is raising awareness about the insidious nature of systemic racism. I’m grateful to be connected with this organization and to engage in opportunities to take part in community building all in the name of justice and with the mission to eliminate racism.

*Please take note: the breadth of diversity within the Asian American Pacific Islander community is immense and deserves attention. The languages referenced are a mere fraction of the unique ethnicities that have been grouped together in an acronym.

Statements on this blog reflect the author’s personal opinions and do not necessarily reflect the views or policies of YWCA Metropolitan Phoenix or YWCA USA. Blog entries are meant to spark individual reflection and community conversations on issues of racial justice and gender equality.